So I went to my first Democratic caucus today. It was held at Whitman Middle School - walking distance from me.

I was anticipating crowds, and it WAS very crowded, but I didn't have to wait in line. 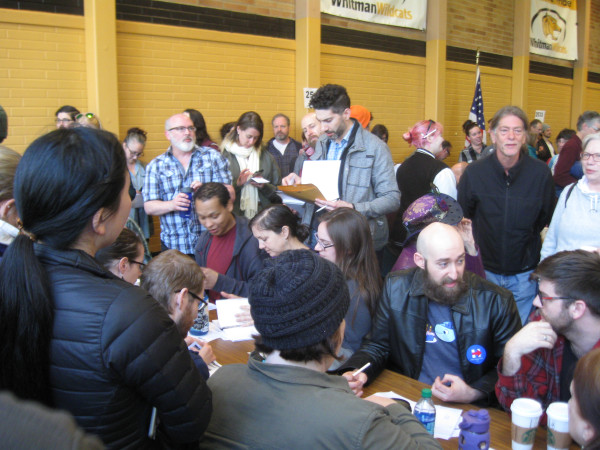 My neighbors (I only actually knew two people gathered around this table - and waved to other. more distant neighbors at other tables) -- the man with the folder volunteered to be in charge. At the table is a volunteer vote-counter and secretary.  They counted the votes a few times, my neighbors had 3 minutes for whomever wanted to speak for each candidate, and an additional 3 minutes for whomever was undecided. One woman identified herself as undecided and she had the most interesting things to say. (In a nutshell: "I LOVE Bernie, but I'm not sure he will be able to do all of these things he's promising. I HATE Hillary, but I think she may have the better chance of actually getting things done. How should I vote?")

My immediate neighborhood went about 80% for Bernie. 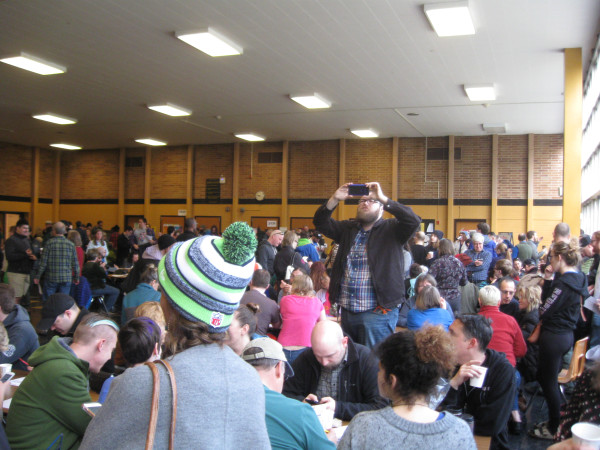 The very full cafeteria at Whitman Middle School. I saw this guy taking photos, so I decided I would too.

The crowd. On the left, a woman was speaking to the room, but her mic was not working so well and people had trouble hearing. 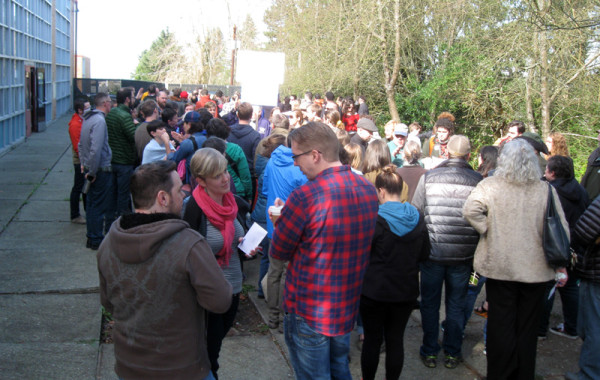 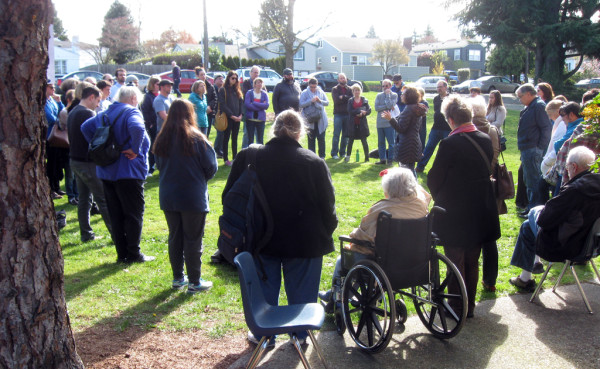 It was so crowded and stuffy inside, some of the tables opted to move outside. ^ 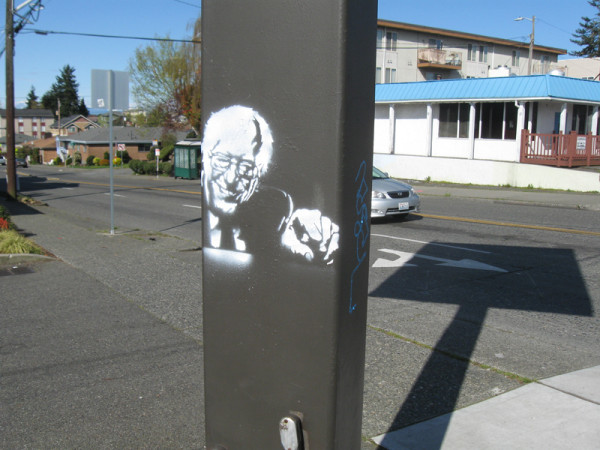 When I left to catch a bus to Ballard, I came across this graffiti. ^ Crown Hill (and WA state) loves Bernie.